There is no other striker like Suarez, says Barcelona coach Luis Enrique 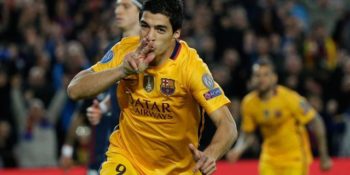 Barcelona manager Luis Enrique has hailed the unique qualities of Luis Suarez after another week in which the prolific goal-scorer dominated the headlines The Uruguay forward scored twice as Barca came from behind to beat Atletico Madrid 2-1 in Tuesday’s Champions League quarter-final first leg. However, Suarez was also lucky to escape a red card for kicking out at Juanfran and striking Filipe Luis in the face during the same 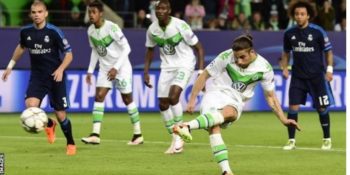 Apr 7, 2016- Wolfsburg stunned an out-of-sorts Real Madrid by comfortably beating the Spanish team in the first leg of their Champions League quarter-final tie. The hosts were awarded a controversial penalty when Casemiro was deemed to have fouled Andre Schurrle, and Ricardo Rodriguez converted from the spot. Real were poor defensively and a rapid attack ended with Bruno Henrique setting up Max Arnold for the second. The visitors created