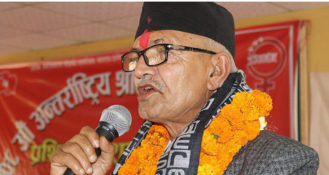 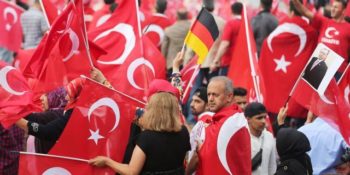 AP, Istanbul Turkey’s soccer agency says all of its officials on sports committees have resigned to help the investigation into the Gulen movement, which the country’s government says was behind the failed July 15 coup that left more than 200 people dead. Turkey says the coup was instigated by U.S.-based cleric Fethullah Gulen and followers of his movement. Gulen, who heads an international network of schools, charities and businesses, denies

Islamic State has Euro 2016 in its sights: German spy chief

Islamic State militants have the Euro 2016 soccer tournament in their sights though there is no concrete evidence at the moment of an attack being planned, the head of Germany’s domestic intelligence agency has said. The comments from Hans-Georg Maassen, head of Germany’s Federal Office for the Protection of the Constitution, come after France’s spy chief said IS militants are gearing up for a campaign of bomb attacks on large

AFP, Leicester, United Kingdom Leicester City captain Wes Morgan hoisted the Premier League trophy aloft to a burst of pyrotechnics on Saturday as one of sport’s most captivating stories reached its giddy climax. Following a 3-1 win over Everton in their final home game on Saturday, the 5,000-1 outsiders, whose exploits have captivated fans around the world, got their hands on the prized trophy at an exultant King Power Stadium.

Gareth Bale struck twice to inspire a Real Madrid fightback from two goals down to win 3-2 at Rayo Vallecano and move top of La Liga on Saturday. Without the injured Cristiano Ronaldo, Real’s title hopes looked in tatters when early goals from Adrian Embarba and Miku put Rayo 2-0 in front. However, Bale’s powerful header halved the deficit before half-time and he fired home the winner nine minutes from 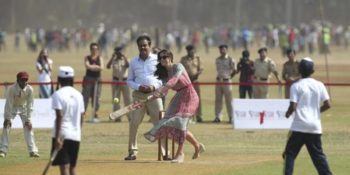 Britain’s Duke and Duchess of Cambridge played a charity cricket match with underprivileged children in Mumbai on Sunday, the first day of their week-long tour of India that will include a trip to the isolated Himalayan kingdom of Bhutan. Prince William and his wife, Kate Middleton, flew into India’s financial capital and met children from Magic Bus, Childline and Doorstep – three non-governmental organisations. They took an open-top bus tour

Apr 11, 2016- Nepal Armed Police Force (APF) Club will take on Simara-XI in the inaugural match of the Pokhara Cup International Football Tournament here on Tuesday. The departmental team is the last year’s semi-finalists, while Simara will be making their first appearance in the tournament. Kaski District Football Association President Dharma Bahadur Lamichhane said they were forced to pushed back the tournament due to busy international schedule. “We are