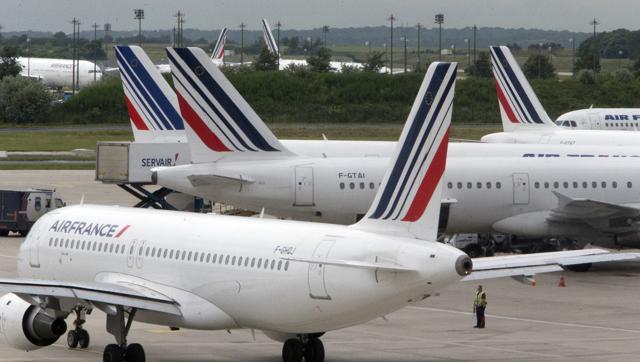 Thousands of people faced flight cancellations in France on Sunday, the fifth day of a strike by Air France flight crew at the height of the holiday travel period, the airline said.
So far the strike has affected around 150,000 people, the airline said.
Some 900 flights, or about one in five, have been cancelled since the action began on Wednesday, the airline said, estimating the cost to the company at “tens of millions of euros”.
Some flights have gone ahead but with a reduced passenger load for security reasons as there were not enough flight attendants.
Millions of people are returning home from their July holidays this weekend as millions more set off for an August break, causing long tailbacks on the roads and frenetic scenes at rail stations and airports.
Unions representing around half of the Air France strikers called the stoppage after marathon talks failed to reach a breakthrough on renewing a collective labour accord on rules, pay and promotions that expires in October.
Management wants to limit the extension of the agreement to 17 months, while unions are asking for between three and five years.
Talks are at an impasse, union leader Christelle Auster said on Sunday, threatening a new strike following the current action, which ends on Tuesday.
Air France has also grappled with pilot strikes. The last one took place June 11-14, right at the start of Euro 2016 football championships. The airline estimated that stoppage cost it some 40 million euros.