At least 10 killed, 60 wounded in attack at Istanbul’s Ataturk Airport 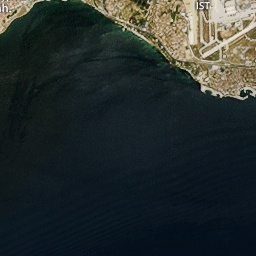 ISTANBUL- Two suicide bombers opened fire before blowing themselves up at the entrance to the main international airport in Istanbul on Tuesday, killing at least 10 people and wounding many more, Turkish officials and witnesses said.

Police fired shots to try to stop the attackers just before they reached a security checkpoint at the arrivals hall of the Ataturk airport but they blew themselves up, one of the officials said.

Speaking in parliament, Justice Minister Bekir Bozdag said that based on initial information he could only confirm there had been one attacker. He said 10 people were killed and around 20 wounded.

“According to information I have received, at the entrance to the Ataturk Airport international terminal a terrorist first opened fire with a Kalashnikov and then blew themself up,” he said in comments broadcast by CNN Turk.

The state-run Anadolu agency said around 60 people were wounded, six of them seriously.
There was no immediate claim of responsbility for the attack.

Ataturk is Turkey’s largest airport and a major transport hub for international travellers. Pictures posted on social media from the site showed wounded people lying on the ground inside and outside one of the terminal buildings.

A witness told Reuters security officials prevented his taxi and other cars from entering the airport at around 9:50pm. Drivers leaving the terminal shouted “Don’t enter! A bomb exploded!” from their windows to incoming traffic, he said.

Television footage showed ambulances rushing to the scene. One witness told CNN Turk that gunfire was heard from the car park at the airport. Taxis were ferrying wounded people from the airport, the witness said.

The head of Red Crescent, Kerem Kinik, said on CNN Turk that people should go to blood donation centres and not hospitals to give blood and called on people to avoid main roads to the airport to avoid blocking path of emergency vehicles.

Authorities halted the takeoff of scheduled flights from the airport and passengers were transferred to hotels, a Turkish Airlines official said. Earlier an airport official said some flights to the airport had been diverted.
Turkey has suffered a spate of bombings this year, including two suicide attacks in tourist areas of Istanbul blamed on ISIS, and two car bombings in the capital, Ankara, which were claimed by a Kurdish militant group.

In the most recent attack, a car bomb ripped through a police bus in central Istanbul during the morning rush hour, killing 11 people and wounding 36 near the main tourist district, a major university and the mayor’s office.
Turkey, which is part of the US-led coalition against ISIS, is also fighting Kurdish militants in its largely Kurdish southeast.