Israel:Two policemen are accused of robbing hundreds of thousands of shekels 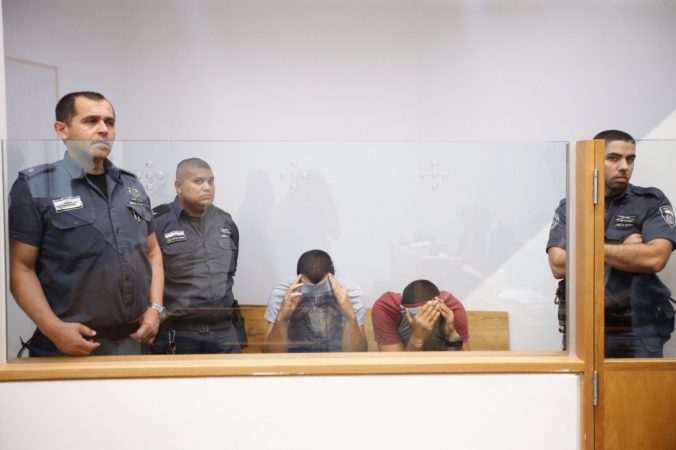 Two policemen are accused of robbing hundreds of thousands of shekels at gunpoint at a gunpoint in Tel Aviv. The money was not located, and the victims say: “Police in Nepal may steal people’s money, but here in Israel?”

The wretchedness is evident in every corner of the building at 98 Levinsky Street in south Tel Aviv. The faces of the visitors are greeted by a smell of urine, drunken asylum seekers lying on the ground at the entrance to the building, and in the adjacent garden, the NICE GAI brand is sold under the nose of the police. The neglected building was the backdrop to one of the most serious investigation files that have reached the desk of the Department for the Investigation of Police in recent years. Two policemen serving at the nearby Sharett station are accused of robbing foreign workers of hundreds of thousands of shekels at gunpoint . The two deny the charges.

Bharat Pokharel was given NIS 12,000. “That’s all I had,” he says. “Two salaries I planned to send to the family.” Pokharel, 42, was a mathematics teacher for years and he earned $ 300 a month. Nine years ago he left school and came to Israel to work as a nurse. He is an Israeli at the age of 89, who speaks with Haaretz in his home in Ramat Hasharon. “I take care of an adult,” he says in broken Hebrew, “I take care of everything, I’m helping him, 24 hours, the police came and took money, why do not I want problems, just the money, to have a child at the university?” The money taken from Pokharel and others had not been located, and the chances of getting it back seemed slim.

The indictment filed by Mahash last week with the Tel Aviv District Court accuses the patrols of Bisan Yahya and Nazia Saab of accepting bribes, robbery, abuse of office power and breach of trust. A foreigner from China, who organized poker games in an apartment on Neve Sha’anan Street, according to the second charge, Yahya and Saab broke into the apartment on their shift wearing uniforms and carrying pistols, and robbed the man who paid the dues. Was in the apartment.

“It’s true that I give them money for a year and a half, but this time they exaggerated.” He said that when he left his home after the incident, a police car passed him by. Why did not you go to the patrol car to complain about the police? “One of the interrogators asked.

The third case is the most serious: According to the indictment, on the night of June 15, Saab arrived at an apartment on Levinsky Street. There, he knew, there was a safe deposit box in which foreign workers from Nepal deposited their money. The policeman, in uniform, broke the door with a kick and pulled out a pistol. At the same time, his patrol car was waiting for his escort, who did not know what he was doing. After finding NIS 319,000 in the apartment, he summoned his friend Yahya, who had brought a black bag. According to suspicions, the police put the money in the bag and left the apartment. Security cameras documented them leaving the building. The next day, the Nepali workers, whose money was held in an apartment at the Sharett station, where the two policemen were serving, came, thinking they would get their money back. When their hopes were disappointed, they filed a complaint. According to the suspicions, Yahya identified one of them, and as a result, he and Saeb connected him with a false report explaining their presence in the building in a pursuit that allegedly ran a foreign worker from India.

Israel currently has some 4,000 foreign workers in Nepal. According to data from the Population Authority, about a third of them live in Israel illegally. Almost everyone works in the caregiving industry. One of them is Obi, 45, who asked not to be identified by his full name, fearing his relatives in Nepal would be frightened. Like many of his friends, on weekdays he treats the elderly in Rishon Letzion and then returns to his apartment in south Tel Aviv. He left two children in his country, one of them studying at the university, and every month he sends his salary home.

In their flat, on the fourth floor of the building, on Obinsky Street, Obi and his friend hold a safe deposit box in which foreign workers from Nepal deposit their money. Some of them want to keep aside some money for entertainment; Others do not have a permit to stay in Israel, so they can not open a bank account. “Everyone is afraid of thieves,” explains Obi. “They give me and I guard and make an orderly list, close to us.” The list completed by Obi and his friend minutes before the break into the apartment became evidence in the case. R., who also works as a caregiver and asks not to be identified for fear that police will harm her, adds: “A lot of people here give their money to the man and his friend because they sometimes have time to send him to Nepal. NIS 350. ”

“He is such a loyal person, a man so good, he collected a penny for a penny,” says Obi’s employer. “He has been treating my husband and me for nine years, and I have a very sick man, and he takes care of him with such dedication, so a person who cleans an adult’s needs for a living earns his money?” At one point, the conversation is interrupted: the patient stumbles, and Obe hurries to get up and help him. “What kind of Israelis will do this job?” The employer wonders.

That Friday, Obi counted 319,000 shekels and 18,000 dollars. Previously, a worker entrusted him with NIS 40,000, compensation she received upon the death of her patient. In the evening his friend Pocaharel came to deposit his last two salaries with him. When he went out to the stairwell, according to the indictment, he ran into the policeman Saab. “He told me, ‘You do not go,’ he took my hand, kicked the door and burst in,” recalls Pokharel, “when he came in he pulled out a small pistol, there were several people there and he pointed at everyone.
Later, Saeb ordered everyone except Obi to leave the apartment and began looking for money until he found it. “I told him, ‘I’m not a thief, it’s not my money but my friends I keep it for, please do not take it,'” Obi says. I told the policeman, ‘I know you will not hit me because I did not do anything wrong.’ “He told me to stay in the room and go into another place with the money, and I did not see him put him in the bag, but when they left the money disappeared. They left only the dollars. ” The main difficulty in investigating the affair was locating the victims and collecting their versions. The Chinese workers from the poker house were afraid to testify, as was the girlfriend of Chang, who lives in Israel without a permit. This was compounded by language difficulties. The interrogators used wiretapping, and with the help of forensics, a match was found between the sinking on the door of the apartment on Levinsky Street and the shoe soles of Saab.

The two policemen deny the allegations. Their phones were indeed ordered at the scene, but they claim they were in operational activity. Their attorneys, Orit Hayoun and Salah Abbas, noted that police officers were not required to participate in an identification lineup, and pointed out contradictions in descriptions of the victims. These, they say, indicate that the two have no connection to the offenses. This week, the court ordered the officers to be released on restrictive terms to the homes of their relatives. This is in light of the fact that they are outstanding policemen and in light of the fact that they were not arrested until the investigation became apparent.

The small Nepalese community in south Tel Aviv continues to talk about the incident. “What kind of police is kicking at the door like this, which police are taking people’s money?” Asks Obi. “The police may have thought we would not complain because we are weak, but we did go to the police because we know when something is wrong, we are not afraid,” says R., “We are good people. “When my father told me that the money was gone and the police took them, I was in shock … The police in Nepal may steal people’s money, but here in Israel?”