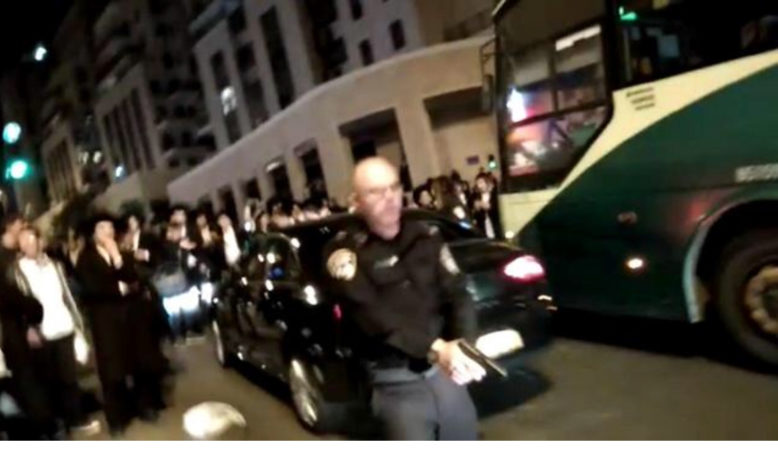 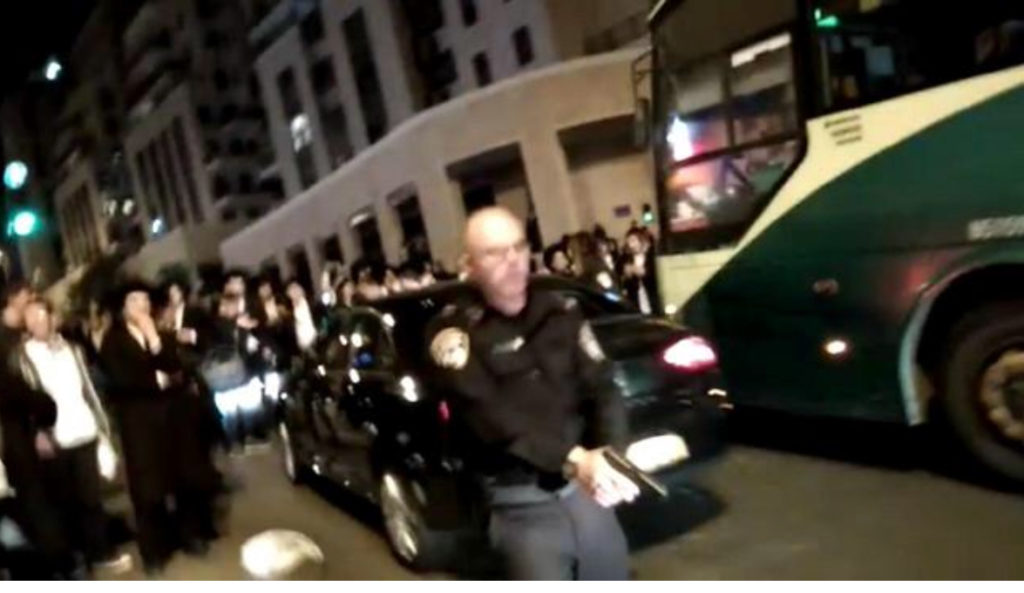 A video of the incident shows the officer drawing the weapon and then asking: “Anyone wants to get a bullet?”

Several dozens of ultra-Orthodox protesters rioted on the corner of Sarei Israel Boulevard and Yaffo Street in Jerusalem late Monday, briefly blocking the light rail’s path. Some hurled abuse at the police officers, calling them “Nazis.”

According to the Israel Police, an initial investigation found that the police officer, who was driving in the Bar Ilan area, came upon a violent group of protesters.

“They crowded around him, threw stones and other objects at the police car and blocked its path, all the while advancing on him in a threatening manner, rocking the car and hurling abuse at him. At a certain point, the officer felt threatened and tried to distance them from the scene,” a police statement said.

The officer was summoned before his commanders on Monday night to explain the incident and the circumstances behind it.

Other demonstrations were held in Beit Shemesh, where several dozens of Haredim blocked Nehar HaYarden Street, and in Bnei Brak, where ultra-Orthodox protesters briefly blocked Rabbi Akiva Street. Some of the protesters assaulted police officers on the scene, and four of them were arrested and taken for questioning.

The demonstrations were organized by “The Committee to Save the World of Torah” following the arrest of two yeshiva students from the Jerusalem Faction, who were discovered to be army deserters in a routine police check. In addition, the Haredim are coming out against a sentence given to two draft dodgers of 20 days in military [email protected]