What Is A Supermoon ? The Biggest In 68 Years 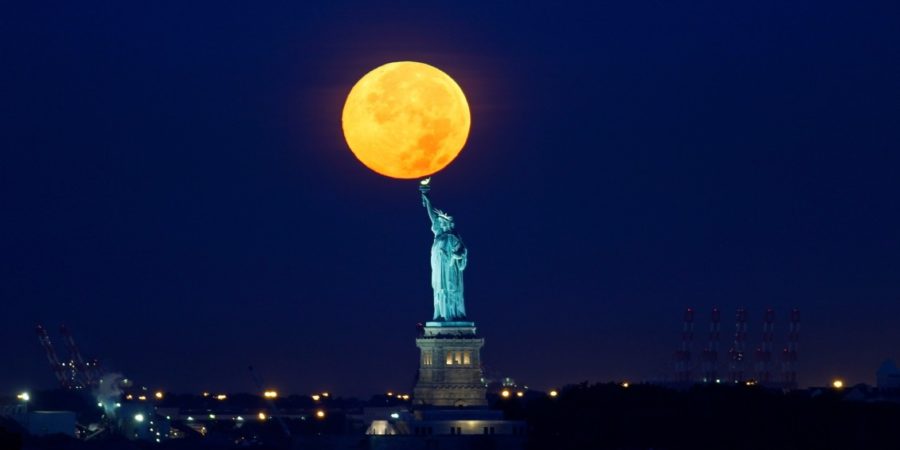 There will be an amazing spectacle tonight as the first supermoon in almost 70 years appears in the night sky. In fact, if you’re younger than 68 you have never witnessed this record-breaking supermoon in your lifetime.

Tomorrow morning, November 14th, the moon will be the closest it has been to Earth since 1948. It will appear 14 percent bigger and 30 percent brighter than the average monthly full moon. Of course that’s dependent on hopefully viewing the supermoon without the obstruction of a cloudy night. Thankfully it appears most of the United States will remain mostly clear for tonight’s supermoon.

If you happen to miss the moon tonight, you’ll have to wait until November 25, 2034 so take some time to go outside tonight and witness the impressive moon.

What Is A Supermoon?

A supermoon typically refers to the concurrence of two phenomena. One is when the moon is within 90% of its closest position to Earth in its orbit. Since the moon’s orbit is elliptical the moon during perigee is about 30,000 miles closer to the Earth than the apogee. The other phenomenon is syzygy, which is when the Earth, sun and moon all line up as the moon orbits Earth. When both a perigee and syzygy occur and the moon is located on the opposite side of the Earth from the sun we get a supermoon.